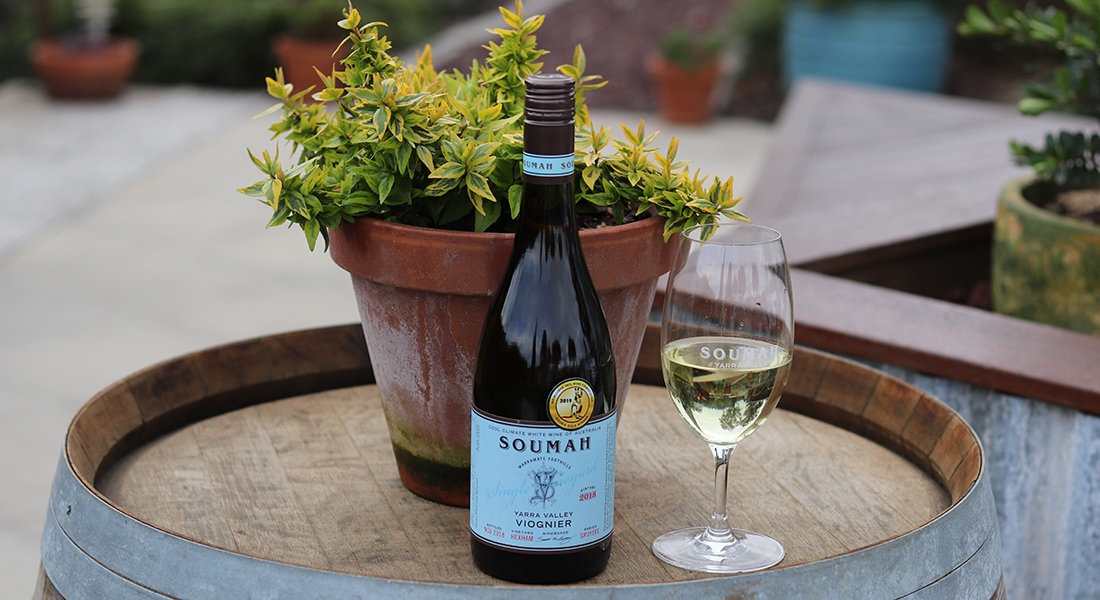 Viognier is a genetic cousin of Nebbiolo so it must have originated out of Italy at some point, probably in the first Millennia. The name is obscure but may have something to do with the town of Vienne, which was an ancient Roman outpost on the Rhône and is just north of the present day Condrieu area (its modern-day home). Viognier is the only permitted grape variety in the French Condrieu white wine.

Viognier was almost extinct in the mid-20th century until its popularity was revived, firstly by new world interest in the variety.

It produces the most luscious of white wine. It is the only variety that envelopes the tongue in a silky liquid texture. This combined with the innate peach bouquet and flavour combine to produce descriptions like ‘peaches and cream’.

It is this ‘peaches and cream’ that we are after at Soumah. We have planted three clones of Viognier, some planted at the rate of 3,700 vines per acre! But it is not only about the creamy lusciousness of the wine, it is also about a fine acid spine that will leave a fresh, clean and dry wine. 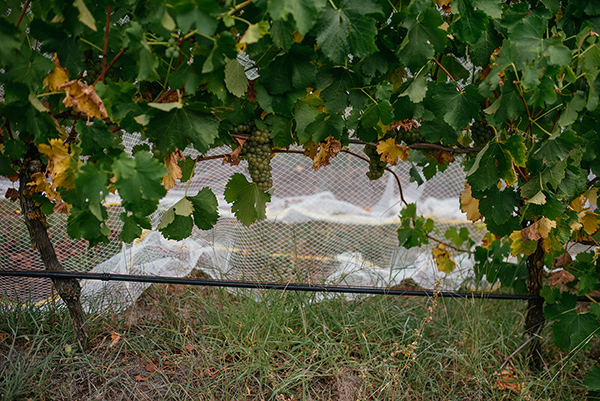 “It is quite an ugly vine in the vineyard, spindly and light green which is highlighted by being beside the dark green and strong Savarro vines,” says Brett Butcher our Vigneron. “It throws small weak shoots and then wants to develop three large bunches per shoot. That is crazy! We can’t fill the wire in order to strengthen the remaining shoots. Even after this, we have to green harvest!”

At the end of the season, it is also trouble. We almost need to ‘camp out’ in the vineyard to time the pick perfectly. If we pick too early, we miss the ‘peaches and cream’ goal. If we pick too late, we will get an oily, clumsy wine. And as its ripening is fastest of anything we tend, there is only one day of the year when it is perfect to harvest. It has a very finicky nature — perhaps the ‘Goldilocks’ in our vineyard, temperament-wise — can’t be like this, can’t be like that, has to be just right!

And we endeavour to get it just right every year!

BUY OUR SIX PACK DEAL For a limited time only