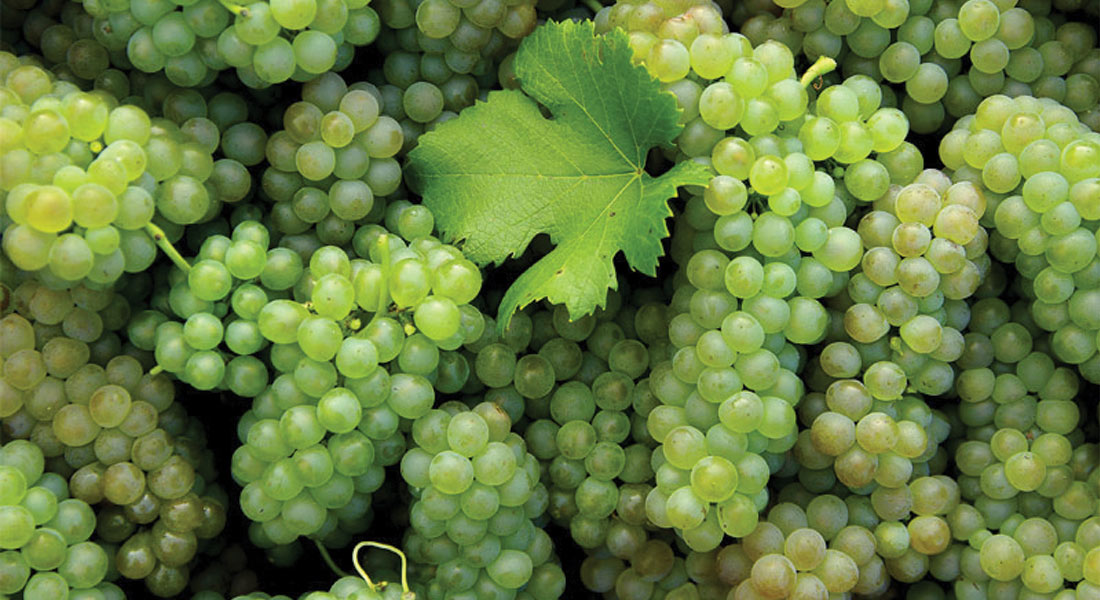 Viognier is a genetic cousin of Nebbiolo so must have originated out of Italy at some point, probably in the first Millennia.

The Viognier name is obscure but may have had something to do with the town of Vienne, an ancient Roman outpost on the northern reaches of the Rhone river and close to the modern day ancestral home.

It is interesting to note that Viognier was almost extinct (down to just eight acres) in the mid 20th century until its popularity was revived firstly by new world interest in the variety and then by an explosion of plantings in France itself.

Viognier produces the most luscious of white wine. It is the only variety that envelopes the tongue in a silky liquid glove. This velvet juice is combined with an overt bouquet and flavour of peaches to deliver wine descriptions like ‘Peaches and Cream’.

It is this ‘Peaches and Cream’ that we seek and in our quest we have planted three distinct clones of Viognier, some spaced at 3,700 vines per acre!

However, it is not only about the creamy lusciousness of the wine, it is also about a refined yet nervous spine that leaves a fresh clean-cut finish. If we pick too early we lose the peaches, if we pick too late we will deliver an oily, clumsy wine.

So it has to be just right, a goldilocks temperament so to speak, and we endeavour to get it juuuuuust right every year!