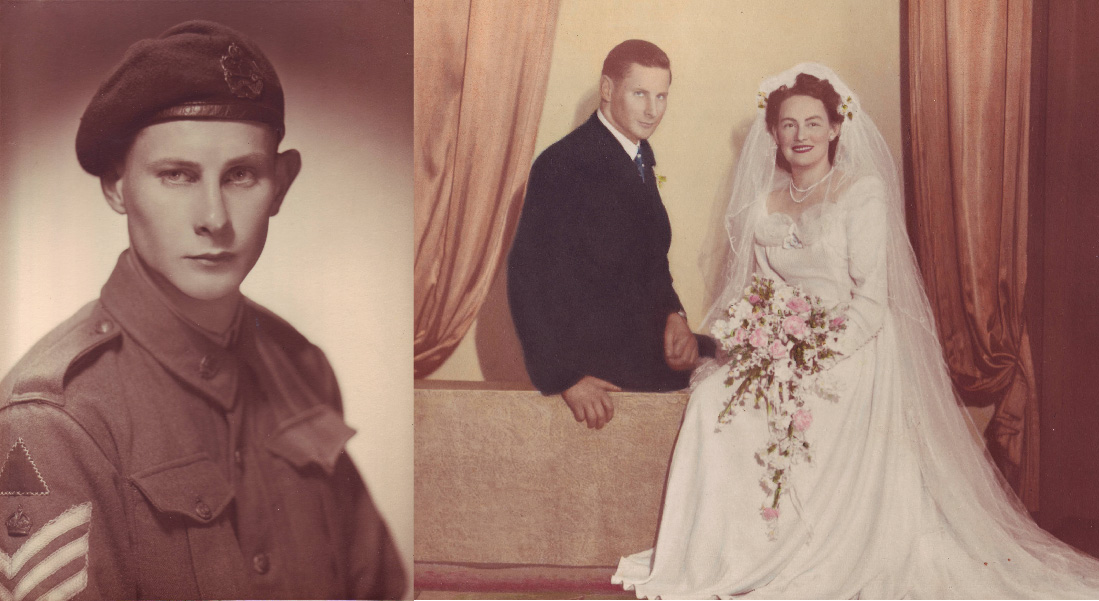 Soumah Vigneron, Brett Butcher, honoured his father and great-great-great grandfather with of two editions of The Butcher; 2018 The Butcher/Thomas Hendy Cut and 2019 The Butcher/Frank Wynyard Cut. Here is his inspiring story of how his forefathers laid the ground for the Soumah that is today:

“Frank Wynyard Butcher, my father, was raised in the Wimmera — Horsham to be exact, in a bustling family of ten kids. Born in 1921 meant he was ripe for the army in WW2 where he became a sergeant. Towards the end of the war, many men in my father’s squad contracted tuberculous but there was a silver lining with the chance meeting of my mum, Kathleen. She was a sister in the infectious diseases ward of Melbourne’s Heidelberg Repatriation Hospital.

After an honourable discharge, Frank studied horticulture as an adult and became a research scientist for the Department of Primary Industries (DPI), working on new and interesting fruits and vegetables for Australia. It was my father’s background and passion for growing things that steered my keen interest in tending a backyard veggie patch as a teenager! This sense of nurturing a crop with some precision, understanding its whims and idiosyncrasies from season to season, as well as sourcing new and interesting things to grow have somehow instinctively made their way into SOUMAH DNA.

Frank was also a keen homebrewer following his great, great granddad, Thomas Hendy Butcher’s profession. Just like dad, the idea of making a respectable product from raw natural ingredients was inspiring to me — I also liked to imbibe in the outcome! Dad was continually experimenting, trialling different yeasts and different recipes. I distinctly remember liking brew No. 43 a lot!

Frank Wynyard Butcher’s story underlines an oft told adage; that with the most unassuming beginnings along with the twists and turns of life, hard work and persistence, you can achieve a lot from the humble beginnings of your forefathers. And most importantly, you are well-equipped to inspire the next.” ~ Brett Butcher, Vigneron.